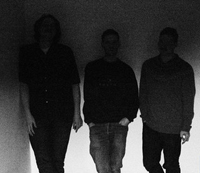 Meet the new boss — you know the rest. Though The Radio Dept. tends to devote its energies toward romance (in all its failed, painful forms), the band doesn’t shy away from politics. “The New Improved Hypocrisy,” a surprise digital single, takes aim at Sweden’s general election this weekend. Somebody should tell the guys about Christine O’Donnell. As for the music, it’s right in the band’s sweet spot: Pet Grief’s synths hold hands with this year’s Clinging to a Scheme‘s Alf guitars.

In other news, The Radio Dept., long a slumbering giant, has really sparked to life this year: They’re playing two New York dates, The Knitting Factory on Nov. 30 and Bowery Ballroom (!) on Dec. 1, with that extremely long-awaited West Coast tour potentially coming in 2011. On Nov. 9, they’ll drop the Never Follow Suit EP on Labrador, with the title track, three new songs and a remix, and then in January, a two-disc set of b-sides, etc. The band’s EPs have been as good as and more plentiful than their proper albums, so it’ll be nice to have them in one Push Barman-style set. (Seek out the Pulling Our Weight EP for proof.)

And in other, other news, Clinging To A Scheme is still the album of the year. I suggest listening to it 20-30 times; then, it grows wings and flies straight to Asgard.