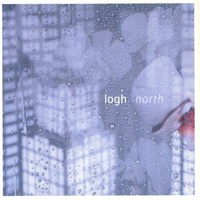 The Canon, Examined: The best records to ever slip through the cracks.

Somehow, and by somehow, I mean, “by indiscriminately downloading indie rock albums for the last decade,” I wound up with the Logh discography. Things could be worse. North is an album I don’t quite understand not finding a devoted fanbase; its only sin comes in arriving in 2007, its emo and alternative influences suddenly (well, not suddenly) unhip. The album is a whispered delivery of the usual suspects (feelings, life changes, time, seasons, weather, more feelings) matched against gorgeous chamber-rock arrangements that recall vintage Bright Eyes and Carissa’s Weird, but with the ray of optimism those bands sorely lacked in their heyday. While their windswept midwestern sound falls closer to Saddle Creek than today’s synth-pop, they share a melodic kinship with L.A.’s Division Day — which makes it even more surprising that in writing this, I learned they’re from Sweden. As most great things are, whatever the year.

(North was released in the U.S. in 2009; the band is at work on their fifth full-length)