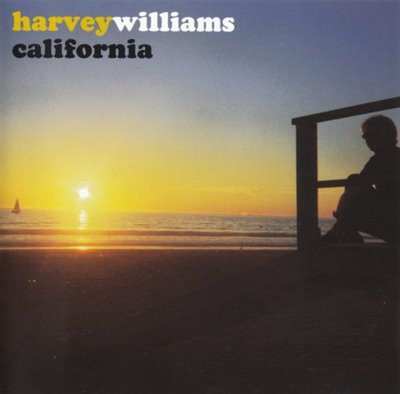 In the late ’90s, I was listening heavily to Owsley’s self-titled debut, Fiona Apple’s When the Pawn, Ben Folds Five’s The Autobiography of Reinhold Messner and whatever sad, weird pop I could get my hands on. Harvey Williams’ California would’ve blown my mind back then, but over a decade later (I’m old! Fuuuuuck!), it sounds no less revelatory. Everything about California is pretty much wonderful: Williams’ sensitive, British Ben Folds vocals; the Burt Bacharach-influenced songwriting; the songs’ spare, piano-driven arrangements; the weirdly ’80s room sound; the happy music paired with pained melodies. It seems simple enough, but it’s nearly impossible to find music that nails this sort of thing. I feel lucky every time I do. (It should be noted that Williams was/is an incredibly prolific twee journeyman – read up on him here.)

(California is out of print)