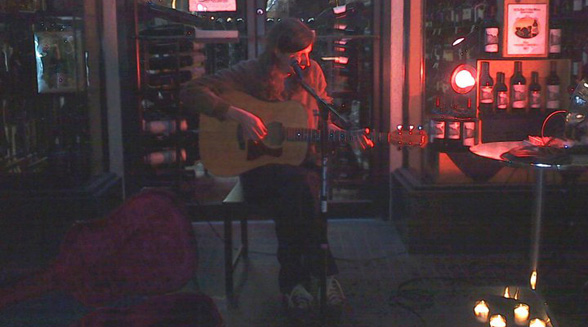 “My friend Scott Bartenhagen…” Micol Cazzell began in a recent e-mail, and, well, any friend of Scott’s is a friend of Rawkblog’s. Cazzell also makes delicate, tender folk, though his falls more in line with the airy, porcelain beauty of late-period Elliott Smith or Slowreader. On “Burnside,” his doubled vocals — just out of sync enough to make your hair stand on end — rise around a single finger-picked acoustic guitar, a cowboy song sung by ghosts.

(Spinner’s Yarn was released in 2010; stream it after the jump)