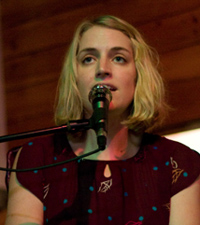 Sally Seltmann’s all-girl trio Seeker Lover Keeper revealed some of its self-titled debut with a trio of videos, but now the group is offering its entire new album for streaming on Facebook for the cost of a “Like.” (Though you’ll make Jonathan Franzen angry.)

Spoiler: it’s really great. Stream the album on Facebook and catch those videos again after the jump.