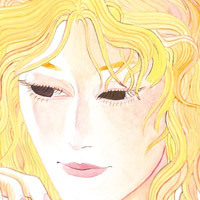 The weakness of Twin Sister’s Color Your Life, the 2010 EP that announced the Long Island group as a leader of last year’s female-fronted dream-pop pillow-explosion, was simple: too many of its songs were as nonsensically directionless as a half-remembered journey into slumberland. The compact pop of In Heaven, the band’s debut album, seems to have taken my advice. Only a handful of the new tracks break the four-minute mark; at 4:43, the Talking Heads funk of “Bad Street” is practically an Homerian epic. The messy production that characterized the group’s self-released EPs is gone as well, swabbed away by Domino Records dollars and Twin Sister’s own newfound goals.

There’s not a wasted moment in In Heaven, which balances textbook pop songwriting with the surrealist feel of ’90s space-pop; Broadcast and Stereolab are obvious touchstones for the band’s sonic choices, though more recent, lesser-known acts (forgotten ’00s groups Noise for Pretend and AK-MOMO) make themselves felt, too. “Daniel,” a quiet drizzle of drum machines and molasses-slow New Age synths announces the album’s unfrilled palette; “Stop” expands with the crackle of vinyl-soundtrack strings and a live drummer’s genuine groove. “I keep telling myself to stop,” Eric Cardona and Andrea Estella sing, but why would she want to? The album spends the rest of its run-time considering leaving the bedroom for the dance floor and gets stuck wonderfully in the middle. As the recurring “ha-ha!” of Gene Ciampi” shows, it’s not afraid to be silly; it wouldn’t surprise me if “Saturday Sunday” was a secret homage to Rebecca Black’s “Friday.” Throughout, Estella pokes and prods and twists and knots up cherries: “Saturday Sunday” is “Sat-uh-day Suhhhn-day,” “Feeling, with you” is “fee-lan, weeth yuu.” (With the similar performances of the upcoming North Highlands album in mind, maybe this is a previously undiscovered New York accent.)

As Steely Dan once did, she plays just what she feels. It’s a huge step forward for a band who previously showed only flashes of greatness, and for synthesizer true believers, In Heaven is an album that’s all the way there. For what it’s worth: this would probably be a good record to make love to if you were a paisley-clad British secret agent.

(In Heaven is out now on Domino)