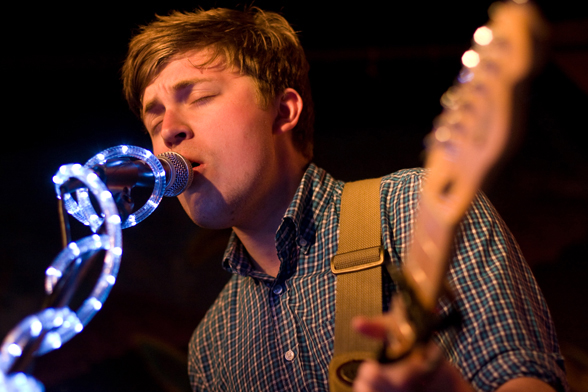 Radiohead’s influence has played a definite role in the initial singles of New York’s High Highs, with the homage coming to a head in “Ivy,” the group’s fourth released song and second of 2011. The melody is inches from Radiohead’s “Worrywort,” a warm bath of a song that offered that rarest of Radiohead-y lyrical themes — reassurance — and equally comforting synthesizer tones. “Ivy” exchanges those for acoustic guitars that flicker in and out like a forlorn candle. Combined with the band’s tender, even wounded harmonies, it’s no less than gorgeous. They were, after all, the only band I had to see twice at SXSW. “Ivy” will arrive officially on High Highs’ long-awaited vinyl debut, a self-titled EP due Nov. 22 on the Yvynyl/I Guess I’m Floating-run Small Plates Records. The four-track release will feature the band’s uniformly excellent previous three singles, which you can hear in full on Bandcamp.