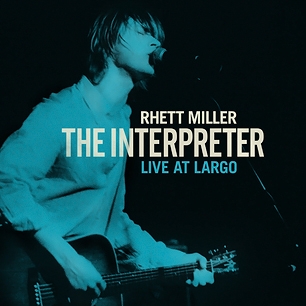 There’s a lot of history in Rhett Miller’s The Interpreter: Live at Largo. The new set, recorded at Largo’s former Fairfax location — the best concert venue I’ve ever been to, R.I.P. — during its final days, finds the Old ’97s singer laying into covers of the Pixies, the Kinks and more, but you’ll want to skip to his impassioned take on Elliott Smith’s “Happiness.” Smith himself was a Largo regular in his early days in Los Angeles, of course: his only official live release, available with Autumn de Wilde’s wonderful book, was also recorded there.

Stream the track over at Rolling Stone.