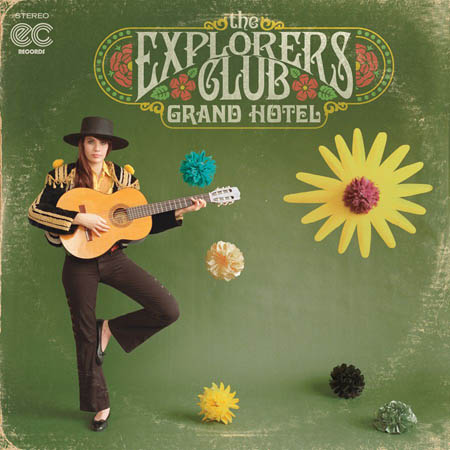 The zeitgeist is an asshole. Great albums come out all the time and get passed over — that’s just part of the game. But it’s most frustrating when a band makes an impressive square peg and the world’s ears curve to round holes. The Explorers Club’s Grand Hotel is an album out of time, a tuneful collection that updates the group’s Beach Boys worship with the flugelhorns and lounge-lizard arrangements of Bacharach and Herb Alpert. (They might be best served by a tour with the Beachwood Sparks as the Monsters of ’72.)

The group’s at its best on the ballads: “Bluebird” flies with a tender lead vocal and heart-stirring harmonies soaring alongside it; “Weight of the World” could easily pass for a lost Dusty Springfield hit. Upbeat single “Run Run Run” is a winner, as is the Latin-inflected instrumental “Acapulco (Sunset).” Grand Hotel is a richer, more vibrant-sounding record than 2008’s California-indebted debut, Freedom Wind, though the band’s ambitious broadness stretches thin on genre efforts like power-pop riffer “I’ve Been Waiting” (which thankfully shifts into Brian Wilson mode) and Motown pastiche “Anticipatin'”. But most of the band’s darts hit — certainly enough to give Grand Hotel the tour it deserves. Don’t wait for Austin Powers IV.

(Grand Hotel is out now; get it on Amazon