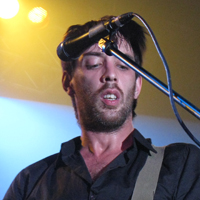 Exclaim reports that Wolf Parade will return with their third album for Sub Pop on June 29, but the best news is that Howard Bilerman — who worked on the Arcade Fire’s Funeral and recorded an early Wolf Parade demo was well as helming Ravens & Chimes’ debut — is behind the boards.

More album news and MP3s on the 2010 album release calendar.