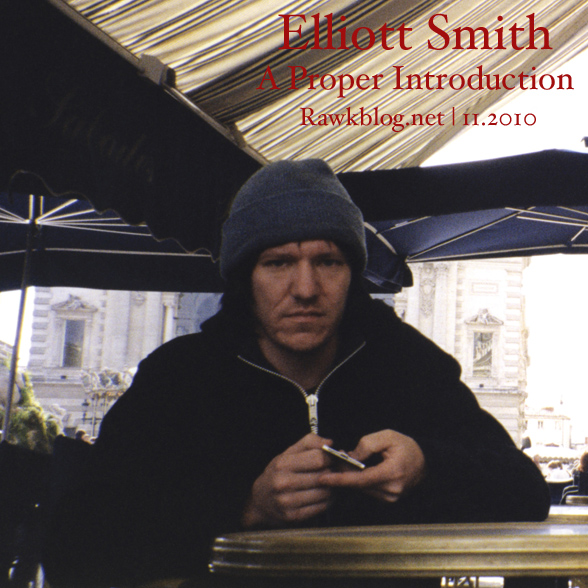 Say what you will about Tupac. As a fan of Elliott Smith, any release that brings the late songwriter’s music to new listeners is an essential one. However, the new An Introduction To… Elliott Smith falls a little short of its intended goal, drawing mostly on Either/Or and, presumably due to funds and label issues, misses some important sections of his career. I’ve attempted to remedy that right here with A Proper Introduction.

This compilation is, like Kill Rock Stars’, an introduction: Elliott’s entire catalog, from his three albums with Heatmiser to his seven solo releases to his extensive b-sides collection to his 50+ live and studio covers to his albums’ worth of unreleased songs, is composed entirely of completely fucking great music and you should track it all down. (As you can tell by the previous links, I’ve done my best to curate some of what’s out there on this blog already.) This compilation skews on the legal side, so you’ll see live and unreleased versions subbed in for a number of album cuts. You can fit it on a single CD or listen to it half-and-half on your daily commute. Then go buy his albums. That is the best possible musical decision you will make this or any year.