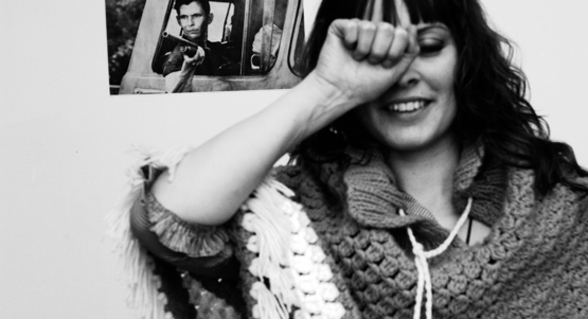 You’d be foolish to name your band Little Scream and not have a hell of a voice. Laurel Sprengelmeyer’s instrument is a lovely one, both fine-tuned and impassioned. “The Heron and the Fox” is a warm slice of pastoral folk, the kind of ambling, acoustic track that made Gordon Lightfoot famous. It’s no surprise, then, that it was recorded in Montreal, with the Arcade Fire’s Richard Reed Parry producing. The National’s Aaron Dessner plays on this track, too, but forget the guest list: Little Scream already sounds like a big star.

Little Scream – “The Heron and the Fox”: mp3