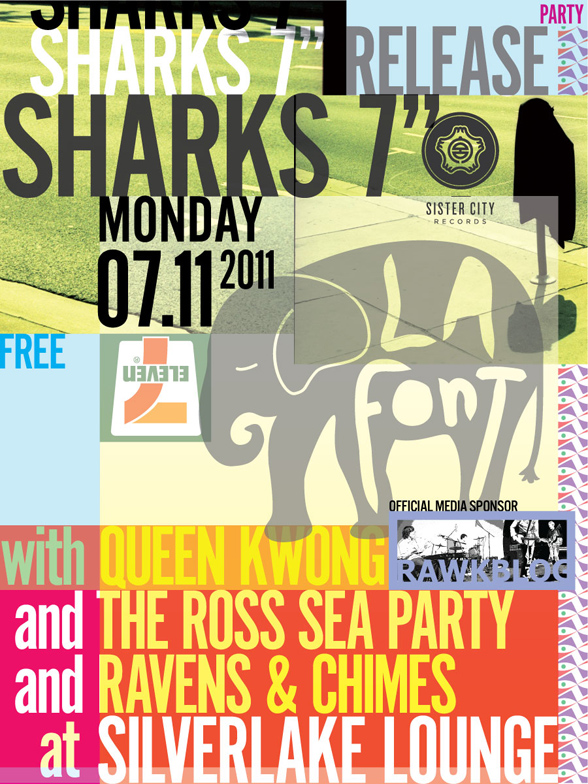 It is an honor and pleasure to announce our sponsorship of the second date in LA Font’s July Silverlake Lounge residency on Monday, July 11. It’s a free show, so whether you’ve had the band’s garage jams rattling around your headspace for months or you just need some new tracks to impress the cool kids on Turntable.fm, you have every reason to come and pick up group’s new “Sharks” 7”. As you’ll remember, I was in the studio with the band during the recording sessions — it’s a scorcher.

In the spirit of giving, the bill will also include Queen Kwon, the Ross Sea Party and chamber-rock should-be icons Ravens & Chimes. (A Waynestock mini-reunion! Maybe we can get Pepper Rabbit to help out on clarinet.) RSVP on Facebook and grab a live take on the single from the band’s Noise Coalition session below.