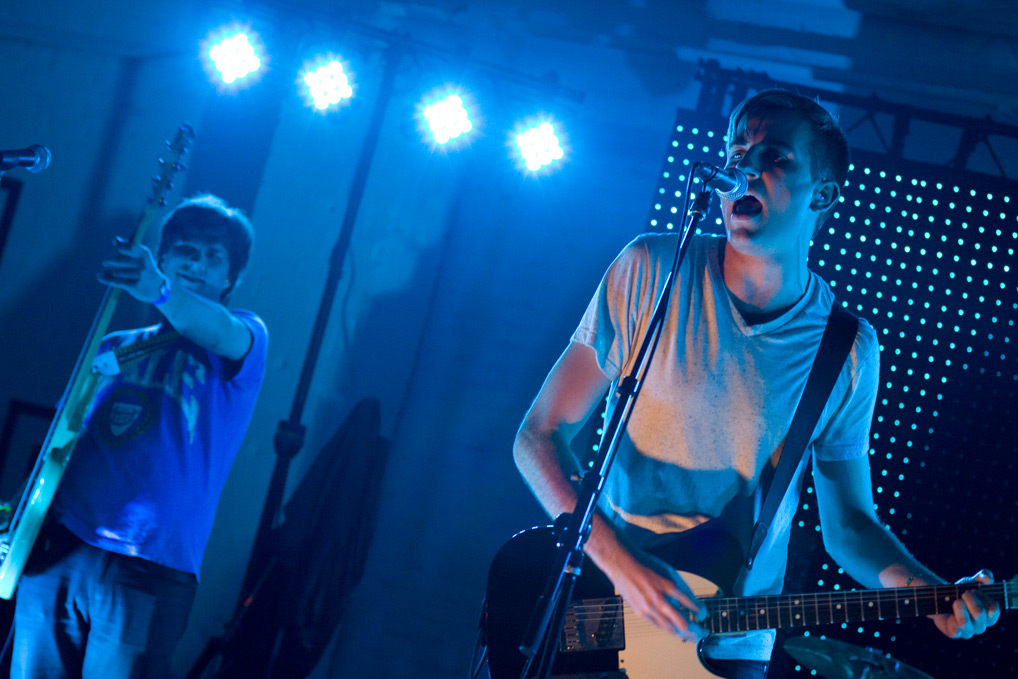 One of the great pleasures of keeping up with new music is when a band bashes through the blogosphere static with a song that triggers lightning in your veins and chills down your spine — and of course, it doesn’t get much worse than when an album you’ve waited for for months sounds like Michael Jordan playing baseball. With that in mind, this is by no means a definitive list of what to expect in 2013, just a handful of picks to look out for from the reliable crystal ball of my inbox. P.S. to the new My Bloody Valentine album: please be real.

This playlist and the below liner notes originally appeared in Playlist Club, my subscriber-only newsletter and curation service. Sign up here to get weekly album picks direct to your Spotify account, special monthly playlists and a personal mixtape hand-picked to help you find your next favorite bands.

Haim: A Los Angeles sister trio who’ve jammed with Ryan Adams and channel a combination of Fleetwood Mac and Whitney Houston’s “I Wanna Dance With Somebody.” Their debut album lands on Columbia (!) this year after a self-released free EP scored them instant, well-deserved attention in 2012.

The Staves: The second sister trio of the list, this time a folk group with the best harmonies I’ve heard in years. The production on their debut set, Dead & Born & Grown, is as clear as a case of Fuji Water thanks to legendary father-son producer team Glyn and Ethan Johns — collaborating for the first time. Worth the wait. No U.S. release date yet for the UK act, but album’s out digitally now.

The History of Apple Pie: Led by too-humble single “You’re So Cool,” the UK band plays shoegazy indie-pop that goes from catchy to crunchy with ease on debut album Out of View, due Jan. 28.

Fear of Men: The Brighton act’s gotten love from experimental-leaning blogs such as Gorilla Vs. Bear, but despite their low-budget production, they mostly sound like that one great Cranberries song. Look for a debut album this year.

Angel Haze: A controversial young rapper whose work has so far spanned beefs with Azealia Banks, hardcore hip-hop boasting, a powerful confessional about sexual abuse — and a flow that will stop you in your tracks.

Atoms for Peace: Radiohead’s Thom Yorke debuted this group in 2009 with a handful of Los Angeles shows to perform his solo album, The Eraser. In the band’s rhythm-heavy hands (as many as three members are on drums as Flea handles the bass), the album turned into a hurricane force. They’ll make their own debut with Feb. 26’s Amok.

Toro Y Moi: Always the most surprising, talented member of the Chillwave Class of ’09, his latest is Anything in Return — an album that looks to blend his electro-dance inclinations with the ’70s pop he capably explored on Underneath the Pine.

Local Natives: With Jan. 22-due sophomore set Hummingbird, the Los Angeles indie act eases back on the kinetic energy of Gorilla Manor with a less tribal, more turbulent album produced by the National’s Aaron Dessner.

Hayden: The consistently great Toronto folk musician is broadening his palette on Us Alone, his seventh album. First single “Old Dreams” steps away from the campfire, finding his comforting voice floating over an ethereal piano-and-guitar backdrop that evokes Summerteeth-era Wilco.

LA Font: Thanks to a successful Kickstarter campaign, the Los Angeles rockers (and longtime friends of Rawkblog) added just the right amount of studio polish to the gritty Diving Man, their sophomore album and an impressively incendiary guitar effort that should make Ty Segall nervous.

Mount Moriah: The band’s a new Merge Records signee, which is good enough for me — not that the North Carolina act’s evocative alt-country wouldn’t have caught my attention. Their new album, Miracle Temple, is due Feb. 26.

Sky Ferreira: I loved Ferreira’s Ghost EP, which saw her embracing ’80s pop as unembarrassingly as lonesome folk. Can’t wait to see which sides she turns to on I’m Not Alright, her proper debut album.

High Highs: It’s been over two years since the Australian-turned-NYC act began transporting listeners directly to folktronica dreamland, but if it takes their whole lives to make that first album, so be it.