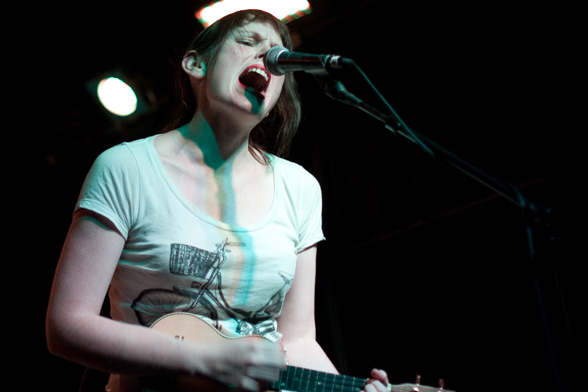 Without using the word “best,” here are eight bands, all new (or maybe new to you?), worth keeping an eye on this year. Mostly indie-pop, because that’s mostly what I like. Release dates if they exist. What are you excited about this year? Let me know in the comments or @daverawkblog.

Michael Kiwanuka: The UK singer’s getting an inordinate amount of hype for sounding like a Platonic ideal Starbucks CD rack option, but if people are ready to get this excited about gorgeously executed acoustic guitars and soulful vocals, I can’t say I’m complaining. Home Again, his debut album, is due in late March and the single of the same name is out now.

Seeker Lover Keeper: The Aussie songwriter supergroup’s best of ’11 debut album is finally getting a U.S. release. And hopefully a tour? It’s due Jan. 17 on Spunk Records.

Hospitality: The Merge band’s debut is already the front-runner for indie-pop album of the year. Reminds me of 2010’s glorious Mighty Clouds LP. It’s due Jan. 31 on, yes, Merge.

The Rosie Taylor Project: The UK twee act — another in the endless slog, yes — are set to offer an ashen-faced, sad-eyed take on acoustic pop with Twin Beds. Single “The Last Happy Writer” sounds anything but, evincing a dry sobriety worthy of Ned Collette or Mojave 3. It’s due February 13 on Odd Box.

Gentleman Jesse and His Men: If their train-engine live show (read: incendiary) and Twitter rumors are to be believed, the lo-fi titans’ March-due album should mark their full transformation in early ’70s Elvis Costello/kings of my heart.


Allo Darlin’: Yes, another UK twee act, another highly anticipated record. This time, it’s a sophomore one, Europe, due April 3 on the venerable Slumberland. Indie-pop worlds collide! Expect Go-Betweens guitars and a sense of humor, which is a sentence applicable to a good half of this list.

Projectionists: The Pipettes’ RiotBecki returns with a long-overdue EP of ecstatic guitar pop. She is, you guessed it, from the UK.

There’s a full list of potentially Rawkblog/your ears-worthy releases on the ongoing 2012 Album Release Calendar. It’s updated weekly. To get my picks for the best new albums (and their classic parents) streaming directly into your inbox each week, you might sign up for my digital record club, Mercury Music. It’s fun!