As was reported earlier tonight, Spaceland is no more: In its place will be The Satellite, as Spaceland Productions moves on from its namesake venue into dancier (and presumably, more profitable) territory. While I’m confident the new management will do right by the venue, Spaceland has long been one of my favorite places in L.A. — the separation of bar and stage (or at least one bar) means quieter shows get respect (and crappy openers can be ignored with aplomb) and the sight lines and sound are generally better than over at its most obvious competition, the Echo. So in memoriam, I’d like to share a few of my favorite Spaceland moments:

Seeing Fleet Foxes and having my car towed: This was the most crowded I’ve ever seen Spaceland — there was a line around the block, the first and last time I’d ever seen that phenomenon there. Once inside, the band played a masterful set. An hour and twenty minutes later, my car was gone. Fuck you, nonexistent Spaceland parking. Still: worth it!

Seeing Grizzly Bear, period: This 2006 show might have been the band’s first show in L.A. I met singer Ed Droste after and we’ve been hanging out and trading recipes ever since.

Getting hit on by cougars: Before seeing Pepper Rabbit earlier this year, a trio of 30-somethings (pumas?) pounced on me with questions about my life goals and also how good-looking I was. It was the first time I’d been hit on at a show since seeing Jon Brion at Largo in 2004, and that was by a guy.

Promoting a show: Rawkblog was a proud sponsor of the Summer Darling album release show, my first show sponsorship outside of RAWKSHOTS. (And not the last — stay tuned!)

Getting a shout-out from Ravens & Chimes: After getting pushed until well after midnight, the New York band played a fiery set for those who’d stuck around — and name-dropped me. Thank you, fellas.

A handful of my favorite Spaceland photos after the jump. 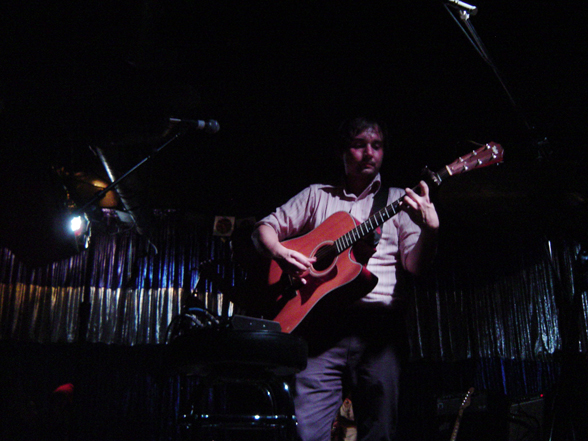 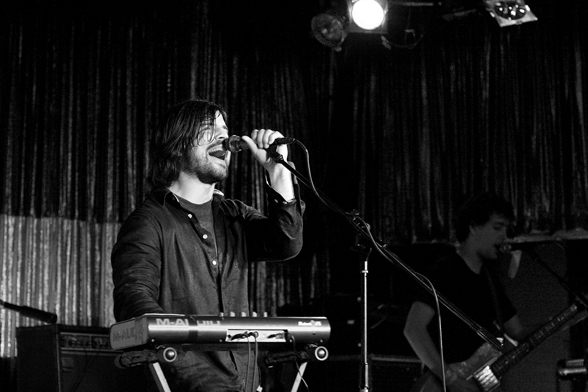